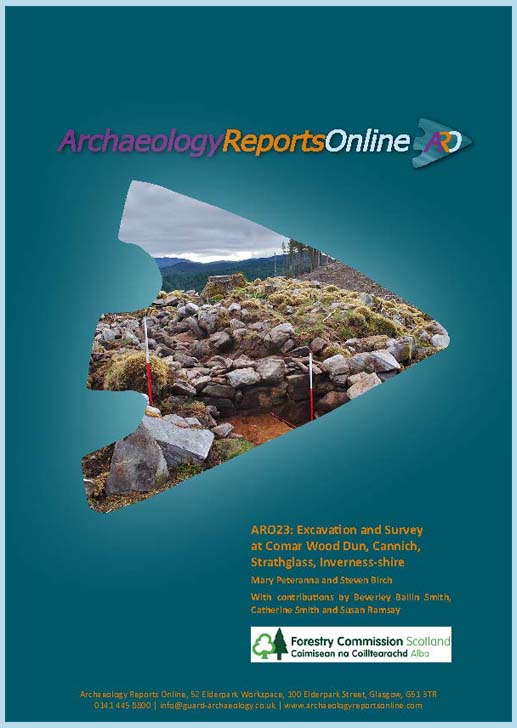 Archaeological survey and evaluation were carried out in 2013 on a dun discovered earlier in woodland, which was built during the second half of the first millennium BC. Its history is complicated by two successive hearths, the evidence for internal wooden structures, two burning events and rebuilding before it was abandoned. A small amount of artefactual material was recovered, but tree root plate damage was extensive.