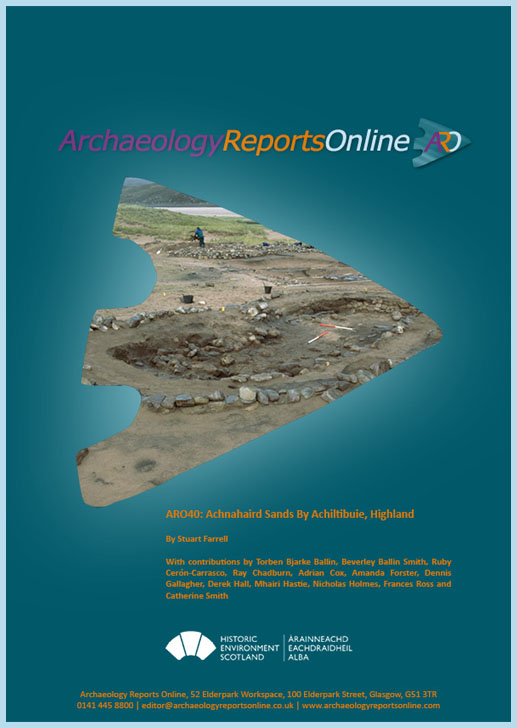 Achnahaird Sands near Achiltibuie on the north-west coast of Ross-shire was excavated in 2000. Two buildings, dated to the late seventeenth or early eighteenth century with an enclosure wall, were revealed along with a pave area and a possible hearth for metalworking. Finds included pottery, metalwork,coins, stone and bone are contemporary. Lithic artefacts and those of steatite point to earlier uses of the area.