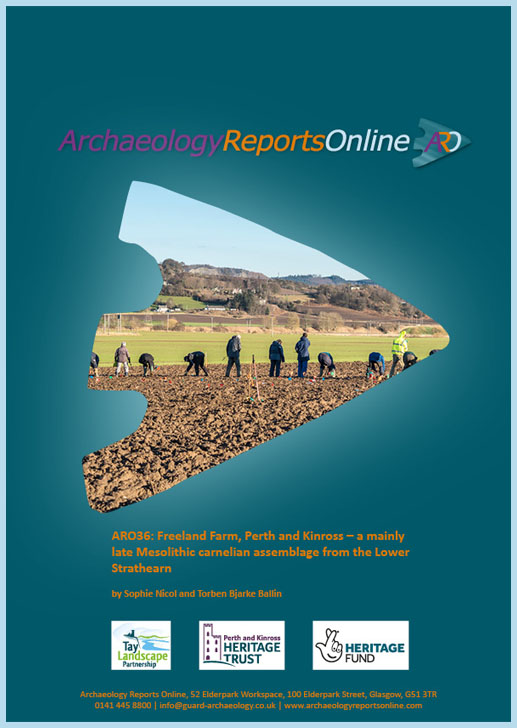 Mesolithic sites, such as Morton, have been found previously around the River Tay estuary. However, another predominantly late Mesolithic site at Freeland Farm was discovered south of Perth in the inner part of the estuary in connection with the Early Settlers Project (2014-2017). The Mesolithic finds from Freeland Farm are dominated by the use of brown carnelian (a member of the chalcedony family), during the period (8,400-4,000 cal BC). Early Neolithic finds include local flint, and those from the later Neolithic include pieces in exotic flint from north-east England. A small shale workshop, probably of the Roman period, was also identified.