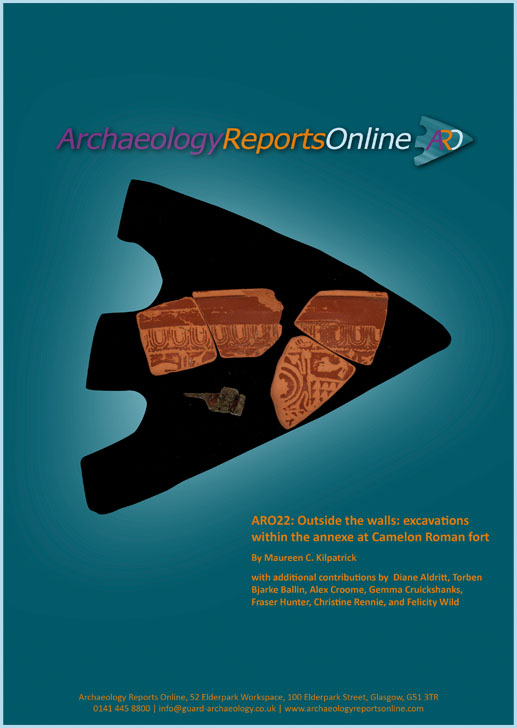 ARO22: Outside the walls: excavations within the annexe at Camelon Roman fort

Excavations by GUARD Archaeology in 2014 in advance of development near Falkirk revealed significant archaeological remains and finds including Roman pottery, metalwork and metalworking waste associated with the southern annexe of Camelon Roman Fort. Analyses of these finds sheds new light upon life during the early stages of settlement outside a Roman Fort in central Scotland.