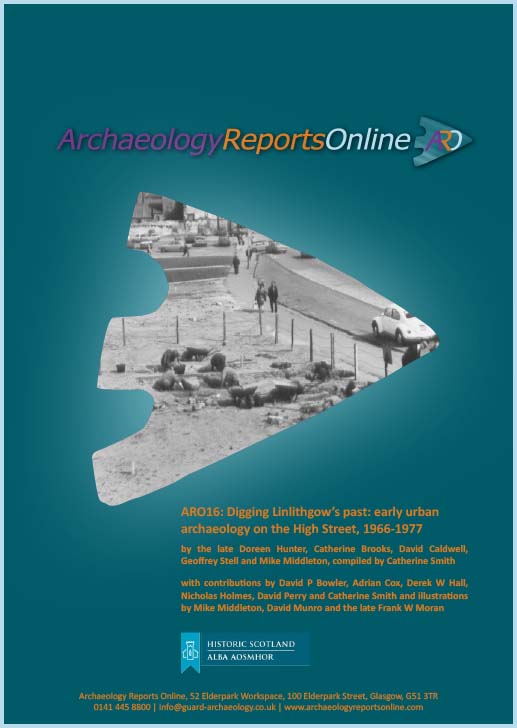 The redevelopment of a large area of the medieval core of Linlithgow in the 1960s and 1970s exposed a very important example of a late medieval industrial quarter. Excavations revealed an intensive fifteenth and sixteenth century tanning industry, and a large volume of worked antler waste, corroborating documentary records for this part of the burgh.