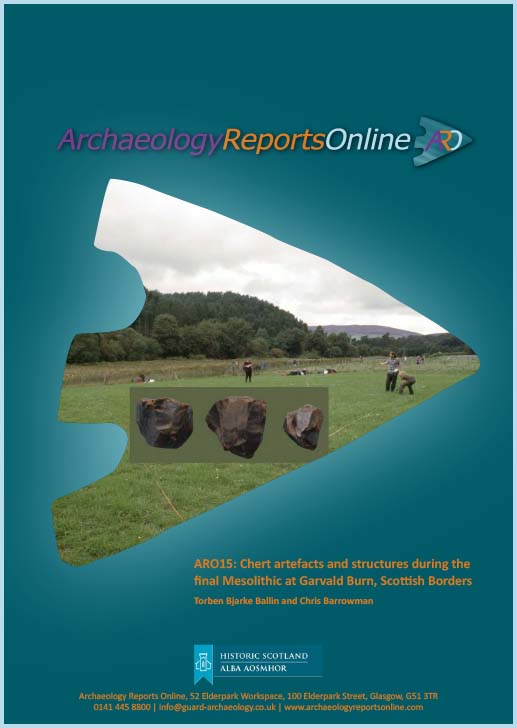 Excavations at Garvald Burn, near Dolphinton, in the Scottish Borders recovered almost 600 chert artefacts from a knapping floor, associated with a hearth and a windbreak radiocarbon dated to the late fifth millennium BC. The lithic scatter represents the production of microblades for scalene triangles, retooling activities, as well as activities involving the production and use of other tool forms, such as scrapers and a burin.