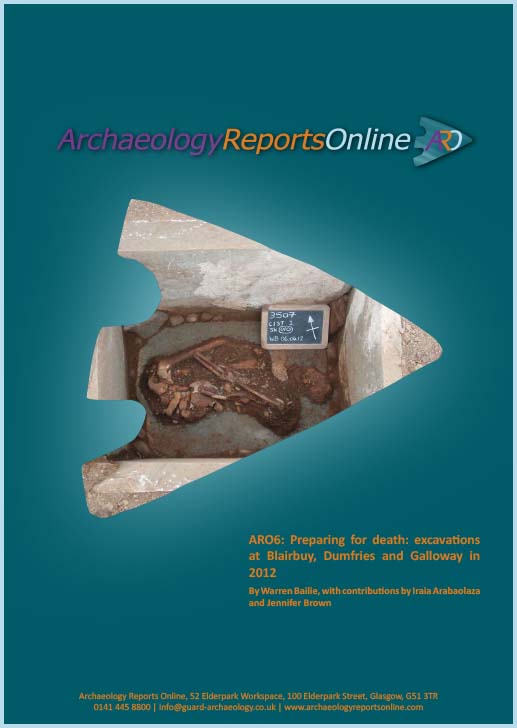 ARO6: Preparing for death: excavations at Blairbuy, Dumfries and Galloway in 2012


with contributions by Iraia Arabaolaza and Jennifer Brown

Archaeological investigations at Blairbuy Farm, Dumfries and Galloway revealed evidence that cists in the Bronze Age may have been tailored for individuals during their lifetime, possibly from early in life. During investigation of a cist containing a juvenile inhumation, accidentally damaged by ploughing in April 2012, two additional empty cists were uncovered. The cists were constructed differently in terms of both material and form. Samples from all three and the surrounding subsoil were tested using multi-element analysis and this implied that the two empty cists had never been used for the burial of human remains. The skeletal remains were that of a juvenile individual with an age estimate of approximately nine to twelve years old. This child suffered malnutrition, indicated by dental enamel hypoplasia (DEH) and cribra orbitalia, both childhood stress indicators. A radiocarbon date of 2027 to 1886 cal BC (2σ) was obtained from the left ulna, placing this individual's death in the early Bronze Age period.