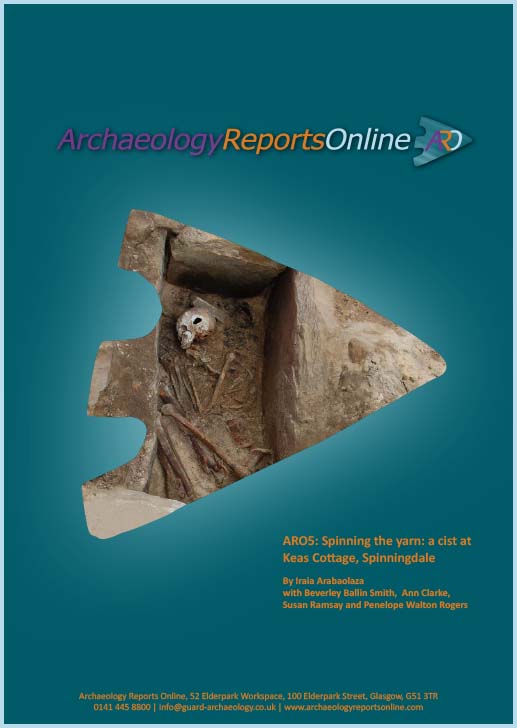 ARO5: Spinning the yarn: a cist at Keas Cottage, Spinningdale

A short cist was accidentally discovered in September 2011 during the construction of a septic tank at Keas Cottage, Spinningdale, Sutherland. The cist, built within a substantial pit, contained the remains of a crouched inhumation of a middle-aged adult female (35-50 years) with signs of spinal joint disease. A tripartite food vessel urn was placed to the west of her skull and some wool or sheep skin was also recovered from under the skeletal remains. A radiocarbon date of 2051-1911 cal BC and 2151-2018 cal BC was obtained from a bone and charcoal fragments respectively, placing the cist in the early Bronze Age period.