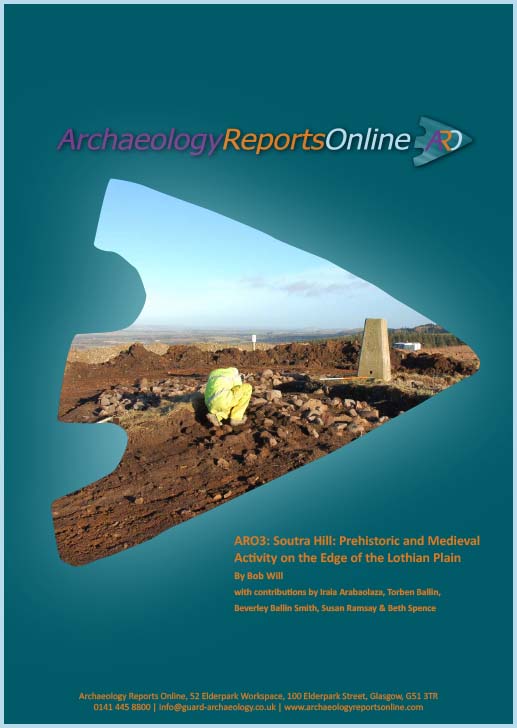 ARO3: Soutra Hill: Prehistoric and Medieval Activity on the Edge of the Lothian Plain

Between November 2010 and June 2011, archaeological investigations were carried out on the summit of Soutra Hill in advance of a proposed extension to the existing Soutra quarry. The investigations revealed an Early Bronze Age burial cairn at the summit with the remains of a small timber circle nearby. The cairn contained a cremation burial, fragments of two Beaker pots and evidence of at least two phases of use over a prolonged period of time. The newly emerging archaeological context for Soutra Hill suggests that this was a significant place overlooking the Lothian plain in the Early Bronze Age landscape of south-east Scotland.