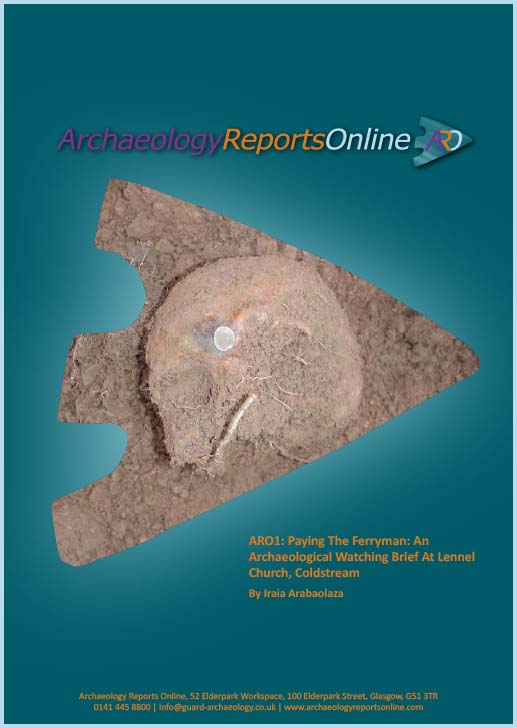 An archaeological watching brief was undertaken by GUARD Archaeology in March and April 2011 during emergency stabilisation works to the bank of the River Tweed at Lennel Churchyard near Coldstream in the Scottish Borders. The watching brief encountered five articulated human skeletons, all buried in an extended supine position with the head towards the west, consistent with traditional medieval and postmedieval Christian burial practice. The watching brief also encountered numerous disarticulated bones and associated grave furniture. The most significant find was a well worn Scottish Copper Farthing, which was found on the forehead of a disarticulated skull.